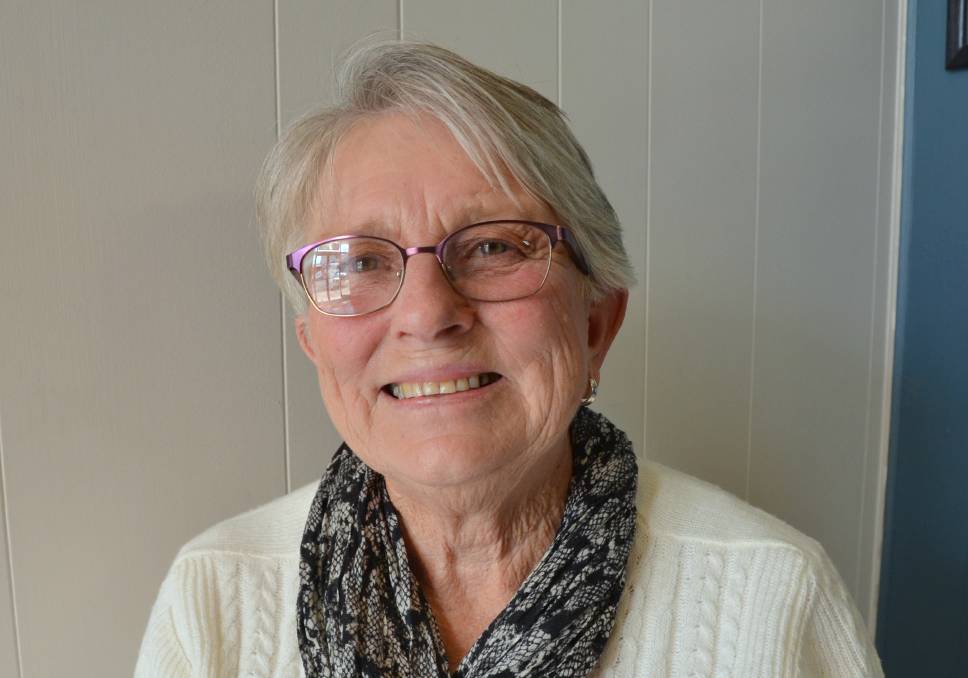 Co-ordinator Helen Moy believes the program is well worth the time put in.

Helen Moy had trouble holding back the tears when she talked about the Community Visitor’s Scheme. Co-ordinating the Centacare program in Inverell’s McLean nursing home, Warialda’s Naroo and Moree’s Fairview, Helen believed the scheme worked wonders for both the residents and volunteers.

Inviting locals to regularly visit residents who don’t have family members nearby or are simply a little lonely, Helen felt the program gave dignity and human connection back to a sometimes forgotten generation.

“Once she starts, she tells you the same thing every time you go. But it doesn’t matter. Because she’s ‘Oh, you haven’t been here for so long,’ and I was probably there last week.”

Helen said volunteers were often surprised by how much they had in common with the older generation, and that the activities officer interviews each to determine which resident they were most likely to relate to. She said it wasn’t a huge commitment but could be hugely rewarding.

“It’s just having that time just to go and say hello. So you don’t have to be there for very long.”

She was excited to be signing up new Inverell visitors this week, proud of Warialda’s enthusiastic fundraising and how Moree volunteers never miss an opportunity to invite their friends to join, but she said they could always “do with a few more”.

“There’s a lot of lonely people up there that don’t have family to visit them and things like that.” Some visitors simply stop by to have a chat, some take short walks around the grounds and others even give musical performances.

“I’ve got two gentlemen that go together, and they go once a fortnight, and they go to the library, and that’s just a men’s thing. No one else is allowed in there,” she said of Inverell. “The men just love it.”

She said often the residents become part of the family. One lady travels 85km to Moree to visit two Fairview men she now calls her grandpas. To volunteer, phone Helen on 67 295 091 or 0428 473 974. Visitors will need a police check.

Originally published in the Inverell Times.